Further down the spectrum from creolization-to-Americanization lay Mid-City’s finest neighborhood pizza joints: Wit’s Inn, Katie’s, and Theo’s as well as Mid-City Pizza and Crescent Pie & Sausage Company, which will be discussed in the next post about Banks Street’s recent redevelopment.  Each of these locally-owned Pizza restaurants have on their menus items that are unmistakably New Orleans.

Wit’s Inn, located at 141 N. Carrollton Ave, is a neighborhood bar and pizza kitchen. According to research done in 2012 by UNO undergrads, Wit’s Inn is owned by Dennis Schuerman and has occupied its current space since 1995. Prior to this the building had housed a pool hall in the 1970s and as early as 1937 is listed on Sanborn Maps as a restaurant although further details could not be discovered. 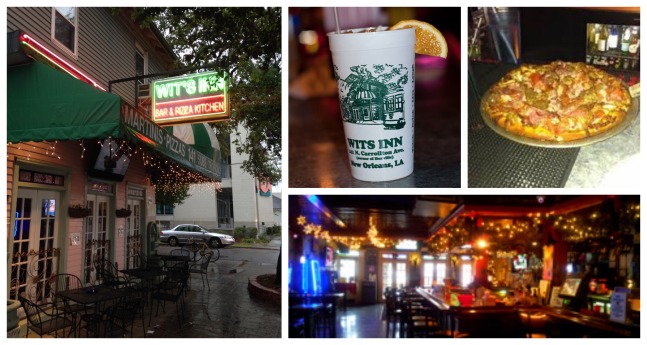 So what makes Wit’s Inn’s pizza representative of Mid-City and New Orleans?  The first thing, is the space.  During the course of this research project, I spent many hours observing individuals at Wit’s Inn.  It is a place where neighborhood folk come to hang out for hours on end.  Wit’s Inn’s pizza topping options also representative of New Orleans. With tasty options like the Muffuletta, the BBQ Shrimp, and the Creole Italian Pizzas it is hard to imagine toppings that are even MORE New Orleans. 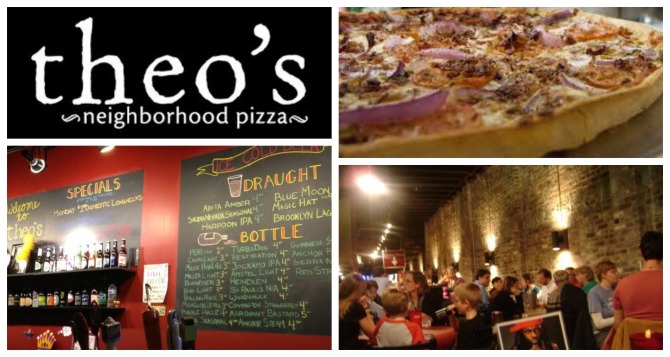 And Theo’s also presents pizza in the same way offering neighbors from Mid-City a place to sit, hang out, and gobble-down some of their favorite New Orleans-esque toppings.  When asked: “What makes Theo’s a New Orleans restaurant?”, one waitress commented that it was the people that come there. She told me that she enjoyed her job there because she was familiar with most of the people who frequented the restaurant. “It’s my friends and my neighbors and all the other folks who work in Mid-City that I see all the time coming in here.” (Fieldnotes, 3/26/14).  This is an important sentiment that the young waitress expressed.  Perhaps part of what keeps the Mid-City’s restaurant row embedded in New Orleans culture and ideology are the vast number of locals that frequent these places, as opposed to a neighborhood like the French Quarter.  It is undeniably observable that the national Pizza chains in Mid-City fail to maintain a space for patrons to come and hang out, grab a drink, and eat some pizza with friends while ALL of the locally-based Pizza joints do.