When Professor Beriss first proposed this project, I was not surprised in the least that it involved food. Having taken one class with him before, I was already very aware of his love of all this fried and sautéed. I was, however, unsure of how we could apply anthropology to uncover how the new construction in the mid-city neighborhood would affect the currently open restaurants. Is that even the role of Anthropology? Are we even allowed to ask those questions? What can I even bring to this project? The answers to all knotty questions have been slowly detangling in my mind for the past few weeks.

Over the course of this semester, the Applied Anthropology class at UNO will be looking at how the so-called Restaurant Row is going to be affected by the new construction of the Laffitte Greenway Project and the Mid-City Market. Both are scheduled to be completed by 2014, and will include the opening of some chain stores and restaurants as well as a grocery store and an Office Depot.

The row of restaurants we are going to be looking at stretches through the heart of Mid-City. I, Emily Bruner, have been paired up with my friend and classmate, Brooke Crepelle, to look at the Ruby Slipper Café  and Katie’s. Having never been to either of these restaurants before starting this project, I was a little worried about how they would fit in with the more popular ones on Restaurant Row (i.e. Brocato’s, Venizia, Wit’s Inn, etc.). I started to ask around to see if anyone had eaten at either of these places. None of my friend’s (even those who live in Mid-City) had heard of either of them. I will admit, the fact that none of my friends has heard of this place did scare me a little. Usually, if a place is really good, people know about it. Right? Turns out, that is not always the case. But more on that to come….

I personally did not discover the Restaurant Row until the beginning of my sophomore year at UNO. And having grown up in the New Orleans area, that is a pretty pathetic fact. But once I did find it, I began to spend most of my time there. I believe that since Katrina, this part of the city has been growing and becoming a very popular spot for people to go to eat, drink coffee, and hang out. It is interesting that so many diverse restaurants would be packed into the same general area. One point raised in class was that the diversity of the neighborhood was reflected in the diversity of the types of restaurants present. They have everything from Italian Creole to Chinese to Pizza joints to breakfast food to smoothies! There really is something there for everyone. That could be what draws so many people to this area in the first place—no matter what you are in the mood to eat, you can probably find it on Restaurant Row. 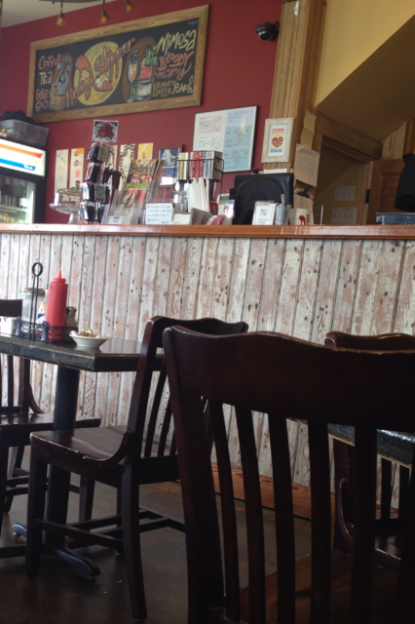