Canal Street Bistro is a small and quaint white table cloth restaurant located at 3903 Canal Street. It is surrounded by a multitude of other businesses such as Home Finance Bank, Jacob Schoen and Son’s Funeral Home,Redemption , and Mandina’s. The building has been around for a few decades, originally it was built as a residential home but it was split up and the bottom floor opened for commercial use. It has been home to many businesses mostly law offices and finance companies, but it was also home the infamous Eco Café, which is where our story begins.

According to front of house manager Seth Gray in an interview we conducted, “Eco Café had a bad reputation that we are still trying to recover from. They had terrible food and slow service.” Eco Café once served coffee, vegan, and vegetarian dishes. About three years ago Monica Ramsey took over the Eco Café. Monica has recently won the up and coming business woman of the year from NALB, and own the Canal St. Inn a block away from the restaurant, as well as a finance company in the area. She is a local and lives in the area so when she saw an opportunity to start a new business venture she pounced.  When she acquired the property the building was completely destroyed and in keeping with the one good tradition of Eco Café which is being environmentally friendly, she remodeled the building with almost 65% recycled material. In addition to that she installed heat controlled windows made out of recycled glass. 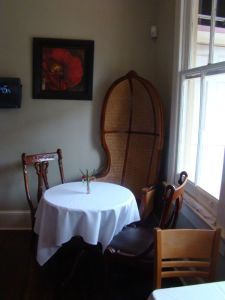 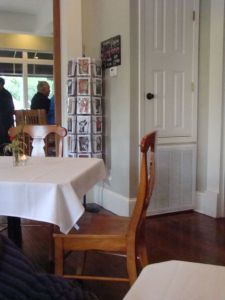 After remodeling the building Monica wanted to distance Canal Street Bistro away from the bad reputation of Eco Café. To do this they incorporated the Eco Café menu as a “cornerstone” but expanded to other diets as well. Another thing they kept true to was using local farm fresh ingredients in their menu. They are so committed to this farm fresh local concept that they change their menu to suit food availability of the seasons. They also have a tent at the local Crescent City’s Farmers Market to establish better farmer connections and to help the local farmers and fisheries.  Monica’s overall goal for establishing this restaurant was to create something new and improved for the New Orleans food tradition. She saw it as an opportunity to take it where she thinks the future of New Orleans food will be, not to recapture what it was (reference to Pre-Katrina). 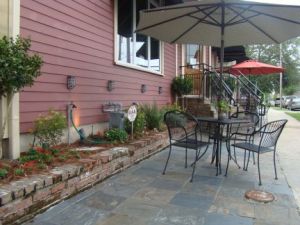 Monica then added Chef Guillermo Peters to the family. Chef Guillermo is a German Mexican who is more than passionate about food. He grew up in Mexico and started cooking as child with his mother. He specializes in Mesoamerican cuisine and strives for food that is simple and tastes good.  Chef Guillermo Peters once owed an authentic Mexican restaurant in Kenner which was very successful and before that he owned a successful Salsa company for 20 years. He decided to start a career in food when he was working at an auto shop and cooked for his costumers. From there he discovered he had a unique style and wanted to expand. His food philosophy is “Respect the ingredient if it is fresh you don’t have to cover it up. No fusion it creates confusion” The chef is so particular about the quality of his food that he has no qualms about send food back to vendors if it does not pass is personal inspection and if the quality is good no price is a problem. 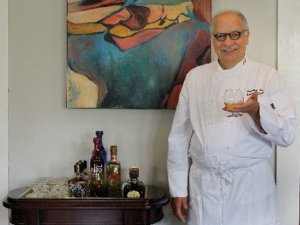 The final ingredient to make Canal Street Bistro Complete was Seth Gray the front of house manager. Seth had bachelor’s degree in Cultural Anthropology from the University of New Orleans, with a focus on the relationship between food and culture, and the cultural distinctiveness of Latin America. Seth brought the final organization to Canal Street Bistro. Together all three made an excellent restaurant with food that is literally to die for and for once it’s worth its price. The restaurant strives for a more up class clientele and specializes in breakfast and lunch however they have dinners on Friday and Saturday, and this month they will be expanding their dinner hours to include Wednesday and Thursday. In the beginning business was slow going and they relied mostly on the other restaurants for business. But now as the word of mouth spreads it is picking up and they have now have their very own regulars.

On April 4, 2012 we were invited to their reception. We had a blast. They gave us

free wine and tequila (a love of Chef Guillermo) as well as samples of their menu. The reception was intended to help network the restaurant to other restaurant owners in the New Orleans area. Many people showed up and all had a good time, even Poppy Tooker showed up. All in all it was a great evening made better by the fact that it was free and I got to meet some pretty interesting people. It also goes to show that Monica is not all about making money she wants to be a part of the community as well as contribute to it in any way she can.