The second of our three concepts of “local” refers to local culture.  The food served at the establishment does not necessarily have to be grown in the garden next door for it to still represent the local culture. For instance, the self-dubbed “Creole Taqueria,” Juan’s Flying Burrito (http://www.juansflyingburrito.com), integrates Latin American culture with New Orleans’ culture beautifully. Albeit “Americanized” cuisine, with plenty of cheese and variations of sour cream, it is still a sit down establishment where family and friends can congregate over burritos, tacos, quesadillas or enchiladas, much to the tradition of the Latin American way. Locals and visitors alike frequent this place- its hard to get a table around lunchtime any day of the week! As there are numerous people in business attire as well as scrubs, it seems that Juan’s is the hot spot for taking a break from the daily grind.The “Mardi Gras” tacos, coupled with a full Saints drink menu and décor made from Mardi Gras beads give one the impression that the New Orleans vibe is still seeping in at this establishment. Those wanting to fully integrate both worlds can purchase a T-shirt sporting the logo “Hecho in Nola”. Or, perhaps they can start a New Orleans traditional “second line” parade down  Carrollton Avenue headed by a Mariachi band? Anything is possible in New Orleans where all culture is welcome, but local culture is celebrated fiercely. 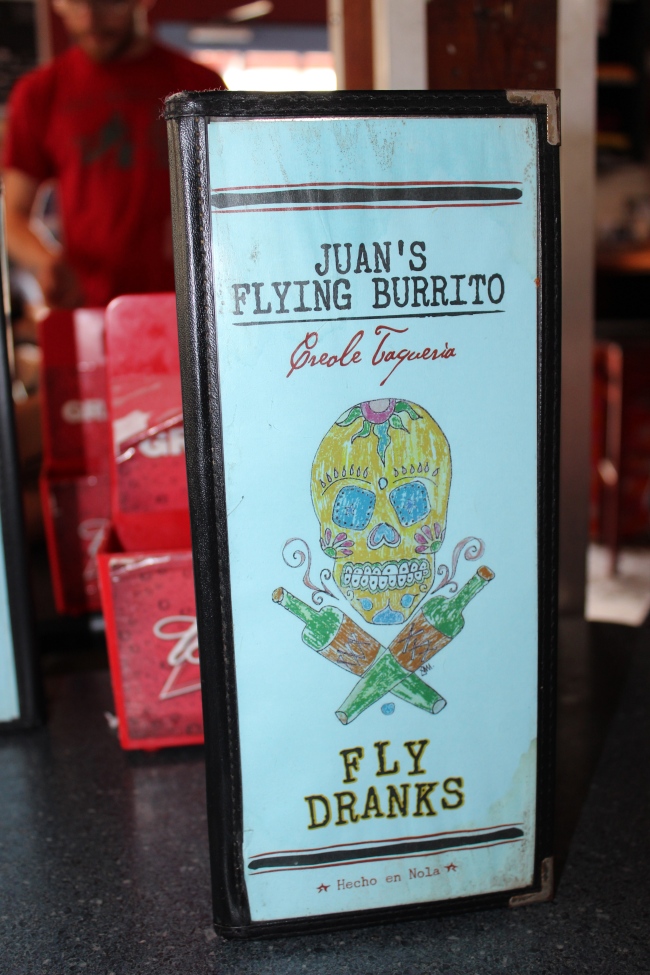 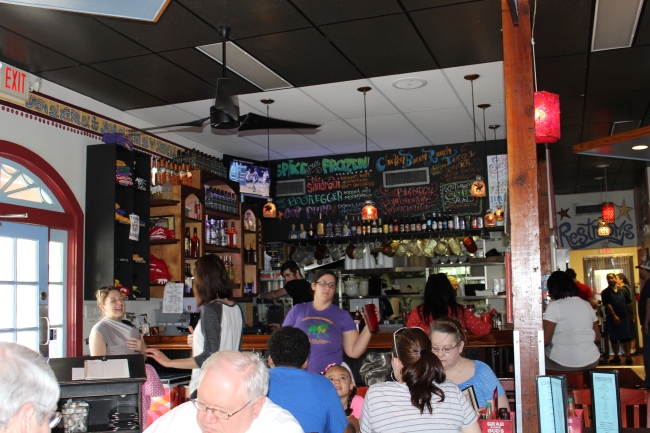 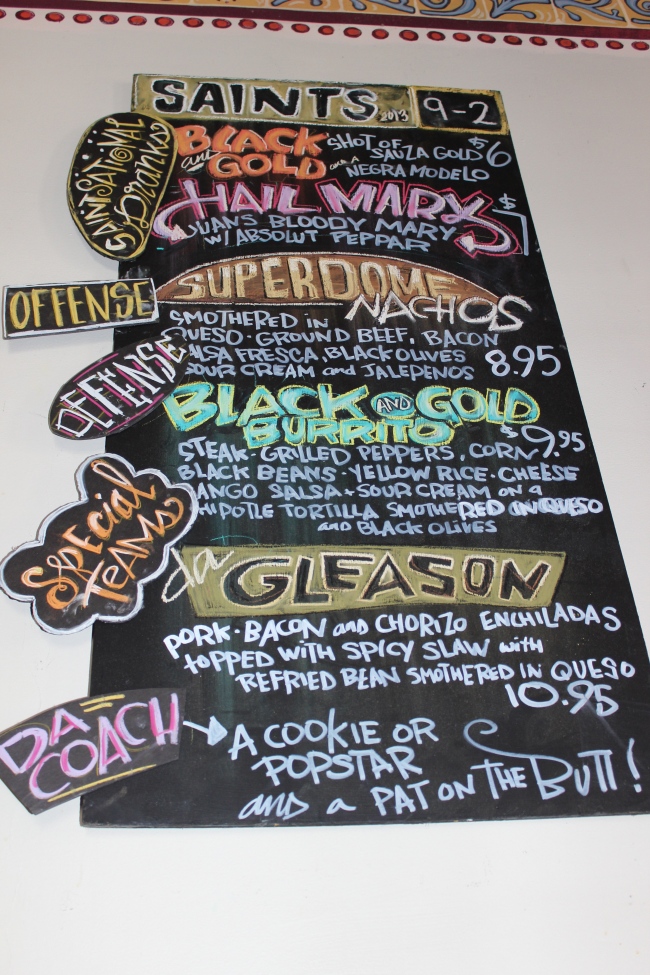